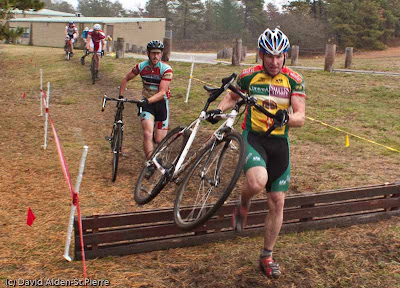 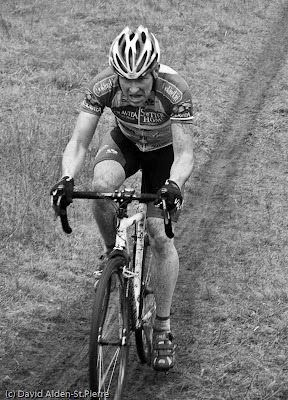 Scramble up that last climb onto pavement, and head for Miller Time.
Posted by Glen Gollrad at 11:15 AM 1 comment: 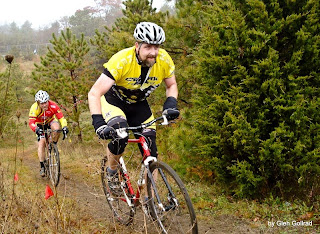 There comes a time in a race when you know you're pushing as hard as you can. Your heart rate is at the max, you're legs are pumping, and you can't hear over the rush of blood pounding through your ears. You take a moment to look behind you, and see... no one. At this point, you can glean one of two things. Either you've made a break that no one can match, you're in front and your gap is growing. or, in my case, you know that you're probably in DFL. 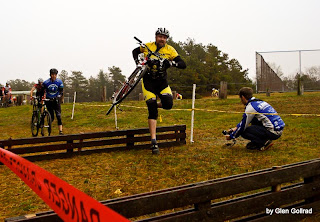 Okay, here's how things went down. I picked up my buddy Glen at about 7:00am and made the hour or so drive to Plymouth, MA. In case you didn't know, Plymouth has TWO high schools, so if you plug Plymouth High School into GoogleMaps, you've got a 50/50 shot of getting the right one. As usual, the odds were against me and we arrived at the high school without a single course marker, port-o-let, or person. Incidentally, as this weekend was a two-day race in Plymouth, the race promoters used the north high school for day one and the south high school on day two (which would have been apparent to me if I had read the flyer). You can imagine our confusion at seeing clear signs of a recent race (tire tracks in the mud), but not another soul. 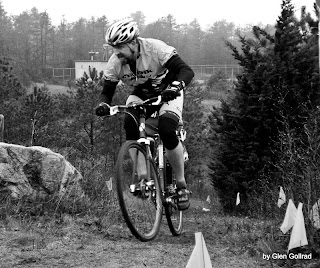 Anyway, after some BlackBerry and iPhone maneuvering, we found the correct location. The delay did however give me a simple answer to the question of "should I pre-ride the course?" We got there in just enough time for me to pin my number on, sign my one-day license and find the staging area. I muscled my ironic flat bar 'cross bike to the start line and within a few minutes, the start whistle had been whistled.

After a few hard pedal strokes I heard the unmistakable sound of knobby tires meeting knobby tires, followed by some crashing. Fortunately, this occurred behind me. Unfortunately, everyone that was held up with that calamity seemed pass me not too much later. I felt great heading into the woods on the singletrack, but as soon as we hit the huge field of grass, I felt like I was riding on two flat tires.

The remainder of the race was mostly unremarkable. I kept up the effort, and pretty much settled in to my approximately 30th place spot. I made sure I didn't lose any spots, but I couldn't seem to bridge up any further... until the final climb up to the finish. 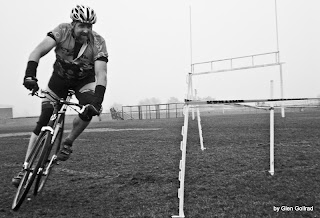 I came up behind another rider that seemed to feel about as fresh as I did (not). I hung in behind him down a slick, off-camber, wet, grassy downhill and put the hammer down on the last climb. I passed him, but then exploded. And I do mean exploded. I honestly don't know what happened. Did my chain skip or slip? Did my back wheel spin out? Did someone shoot me from a grassy knoll? I don't know. But what I do know is that I was suddenly falling face first into a large rock. I was able to keep my pretty face from making contact, but I was totally off my bike, and oddly enough, out of one of my shoes. Needless to say, that guy passed me. With the reflexes of a ninja, I jumped back on my bike and finished the race doing a one-legged sprint to the line. Check out GPS data from the course here. 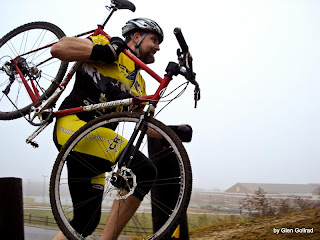 And while I didn't have to wait around for a medal, I did wait around to put another effort out on the course. I raced again at noon (this time with my buddy Glen), both in the Master 35+. I over estimated my athletic prowess as I was caught by the leaders by the third or fourth lap. I decided to drop out, get cleaned up, and take some pics of Glen's race. 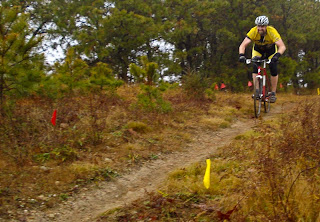 All in all, the day was a good beating. That cheeseburger on the way home and the beer later that night tasted so good though! Next up, Sterling, MA, Thanksgiving weekend!
Posted by David Alden at 10:45 PM No comments: 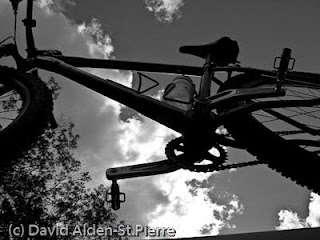 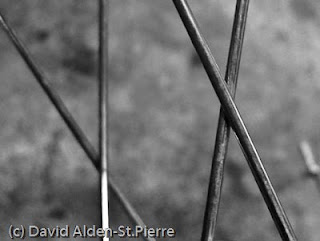 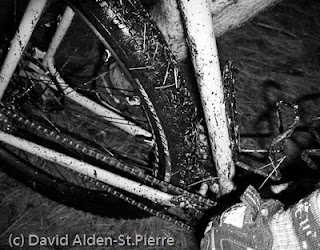 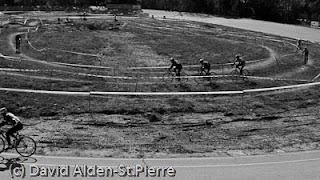 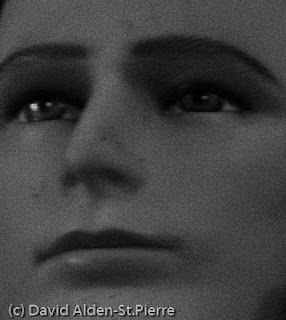 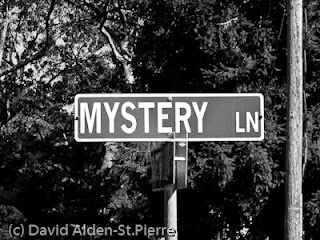 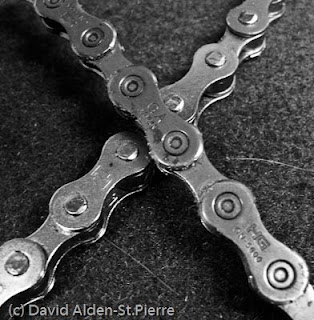 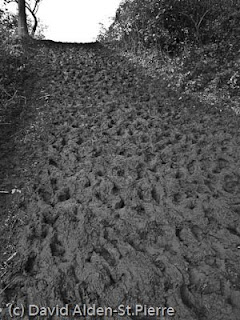 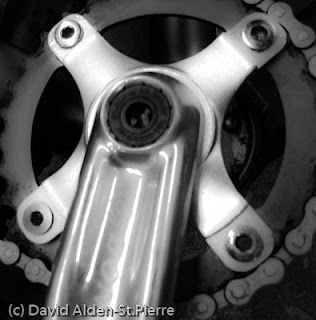 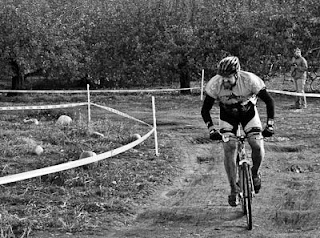 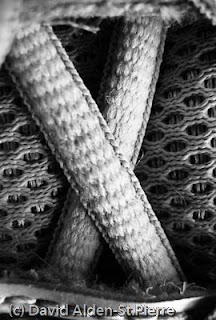 Posted by David Alden at 2:54 PM No comments: