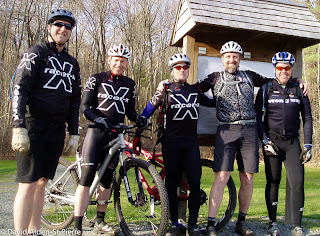 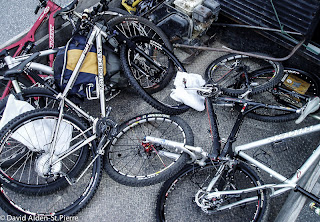 We met at Harold Parker at a little before 7am, left some cars there, and shuttled back to the start, near Sal's Pizza in Ipswich. We all crammed into Danbarry's big truck and were at the start in no time. We waited just a bit for anyone else to show up, and after we heard that Jamie was NOT going to make it, we took off. 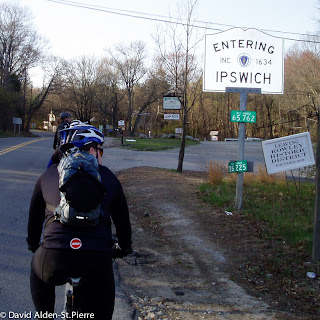 For the distance, we had very few mechanicals, and I'm proud to say, my bike started and finished in great shape. Tom's new steed, which he claims to have named "Aviendha Far Dareis Mai, Nine Valleys sept of the Taardad Aiel" (don't ask), provided some trouble and at one point, his seat came off the rails. We grunted and pushed and pulled and swore at the saddle, but there was NO way it was going back on the rails. We were able to secure it down with some straps until we found a store where Tom covered the saddle with packing tape. Ugly, but it did the job and got him to the end.

About 3hrs (ride time) and 30 miles after starting, we rolled back to our cars at Harold Parker where Glen had a nifty little buffet of salty chips and beer. Tom provided chocolate chip cookies.

All in all, it was a great ride. The weather was perfect, the route was great, the pace was brisk but congenial, and with only one mechanical (and NOT mine), we couldn't really ask for much more. Personally, I really has a great time today with everyone! 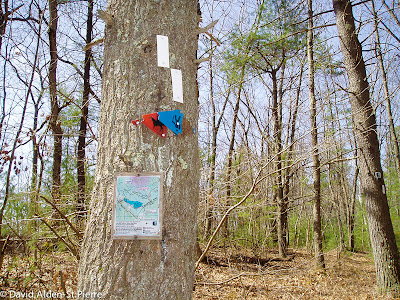 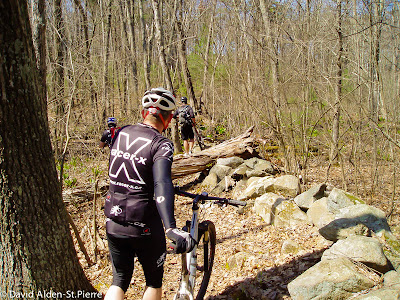 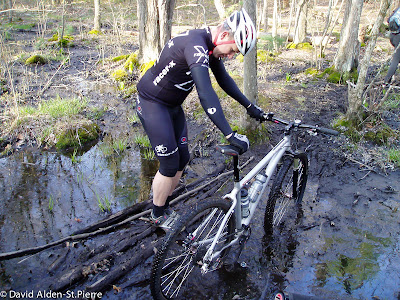 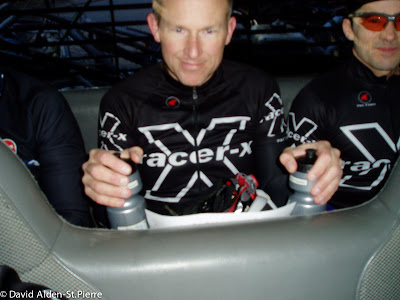 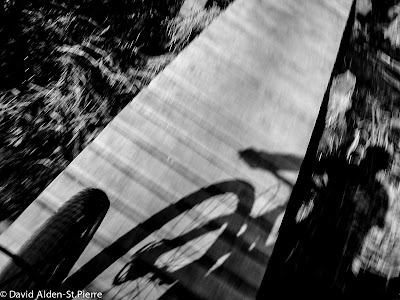 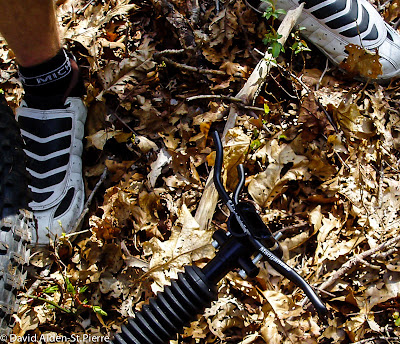 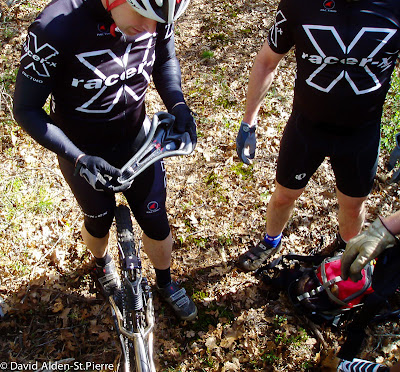 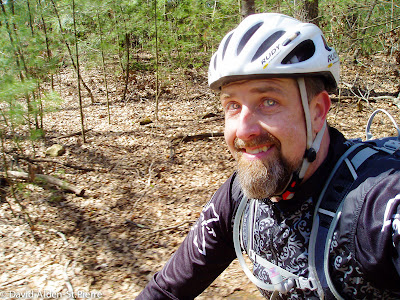 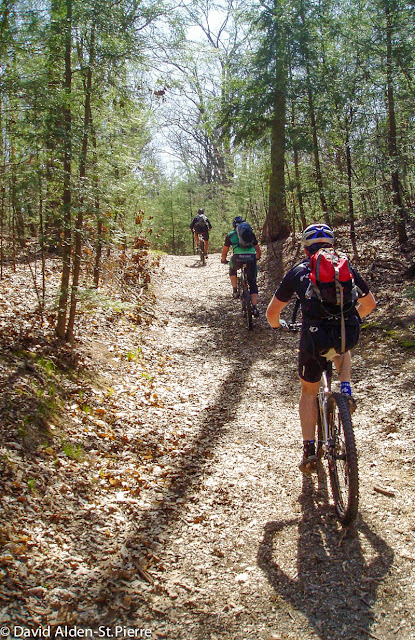 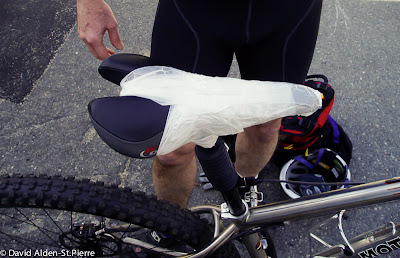 Now, the plan is to add to this, ultimately riding all the way around the world (okay, not really).
Posted by David Alden at 3:54 PM