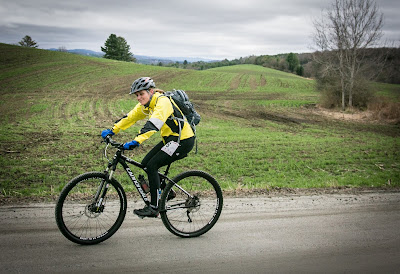 Jean and I had ridden in an event in Montpelier a few years ago, and we still talk about the great dirt roads, awesome views, and killer climbs. We were registered for the Central Vermont Cycling Tour last year, but that got rained out. We've been eager to get back up to the Montpelier area so when I saw that Onion River Sports was hosting an early season gravel ride, I signed us up. Thirty four miles, a few thousand feet of climbing and chocolate covered bacon... take my money! Read more...

Click here for a photo gallery--I got as many riders as I could!


Check back here later this week for video!

Weather in Vermont can be fickle any time of the year, and April could bring snow or temps in the 70's. On Friday, the day before the ride, temps were in fact in the low 70's with some rain. Saturday morning, the temp had gone down to the low to mid 40's, but fortunately with no rain. The sky LOOKED like it wanted to rain all morning, but that never happened. 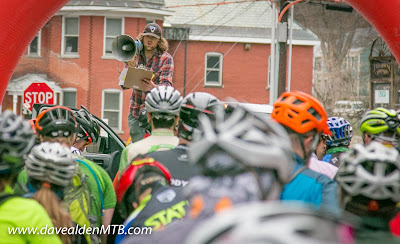 Jean wasn't going to start as she had been sick for almost two months and hadn't been on the bike, but she caught some of my pre-ride excitement and was at the start line with me, our friends Jason, Megan, and David, and several hundred other people. But where was Glen?

Anyway, with several hundred people at the start line, there were several hundred different rider styles and bikes, from full-on touring fat bikes, to cargo bikes, to full suspension mountain bikes, to hybrids to "Bicycle Industry Approved" Gravel Bikes(R). Because, you know, only certain bikes have been designed and tested to be ridden on gravel.

We finally got the "go," and en mass, we rolled out through downtown Montpelier to the hills. In fact, there wasn't much of a "warm up," as the first four miles were essentially up hill. In summary, I loved it. 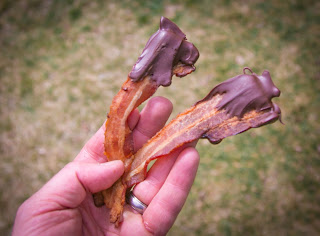 Things leveled off a bit, but the remainder of the ride was a mix of steep up hills, fast downhills and beautiful scenery. At the 13 mile point there was food oasis with the previously mentioned chocolate covered bacon, pickles, grilled PB&J sandwiches, and so much more, even some PBR for hipsters who ironically drink crappy beer.

The whole ride was well marked and very well supported. While there was only the one food stop, there was a constant flow of support vehicles driving back and forth checking on people. It would seem that they were ready to help at any step of the ride. Some more mile markers (there were 2 or 3 I think), or maybe some mileage info on the cue sheet might have been nice, but that's the only thing that I think was lacking. I was just too lazy to look at my phone to check Strava. 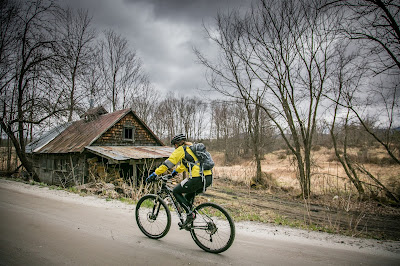 All the climbing was rewarded with about a 4 mile downhill finish in to town followed by a massive barbecue. Your race number got you in and the food was delicious. I gorged on veggie burgers and chips (my salt stores must have been diminished because I was CRAVING salt), and there were hot dogs, burgers, and all sorts of treats, including a beverage known as "beer." I had heard of this beer beverage and it was delightful. I've got to thank Harpoon for their support.

Before taking off, Jean had us tour several of the local books stores, kitchen stores and antique stores to further support the local economy, but finally it was time for hot showers and photo editing (not at the same time). 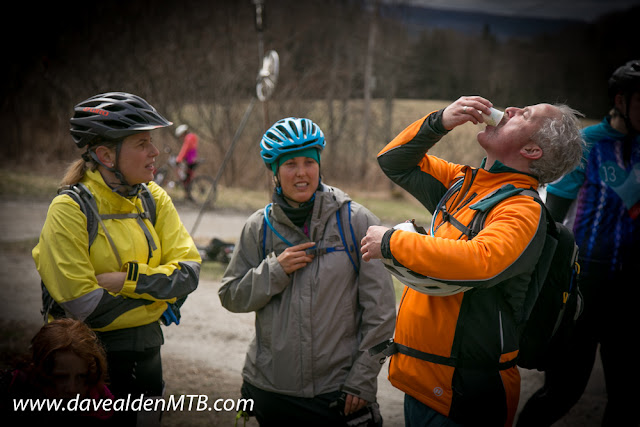 We had a great time, and Onion River Sports did an amazing job. We'll definitely be back next year, and we'll be back in the area this summer as we try for the Central Vermont Cycling Tour again... See ya then! 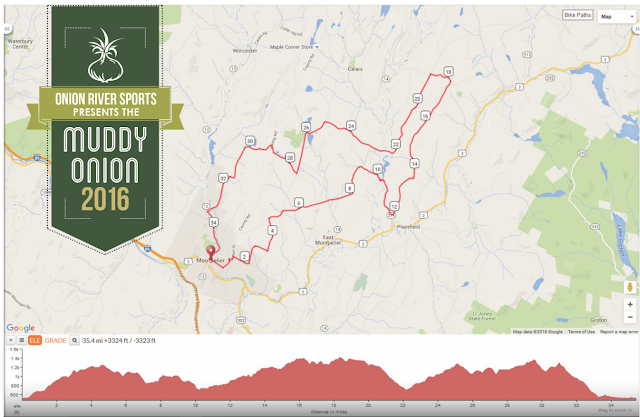 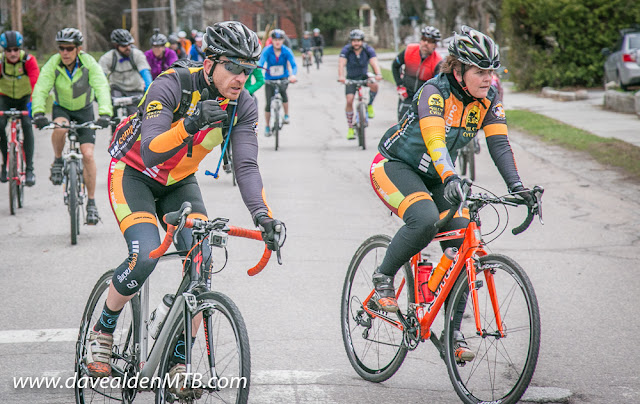 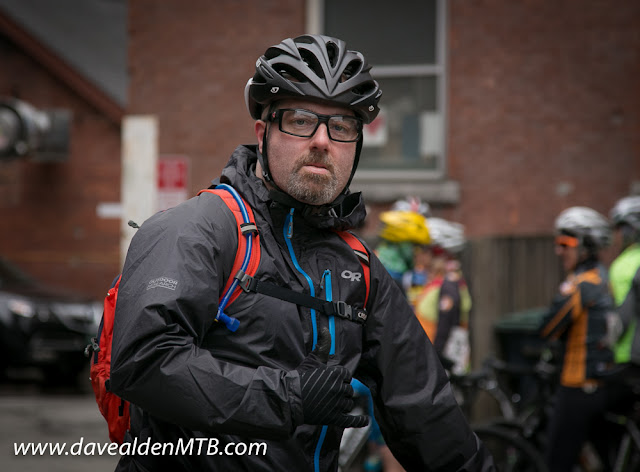 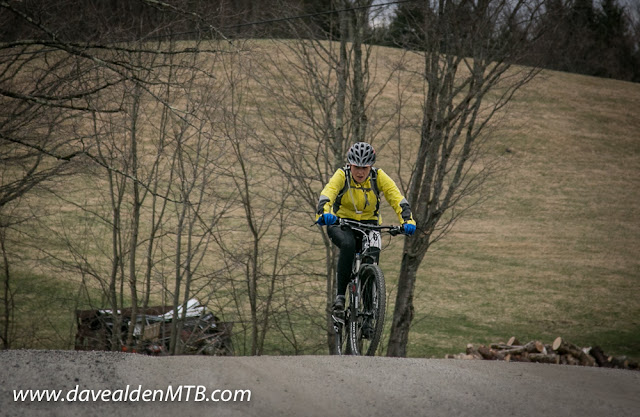 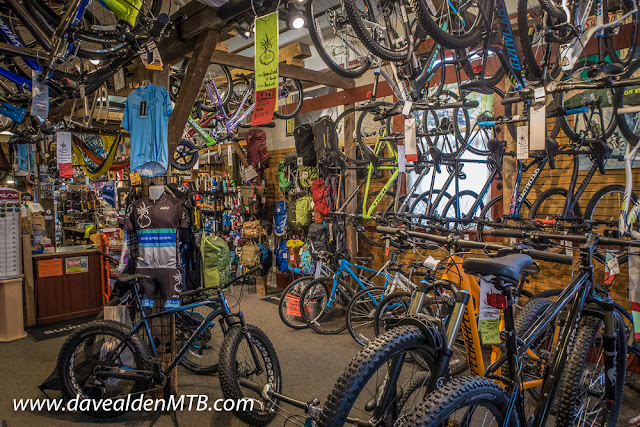 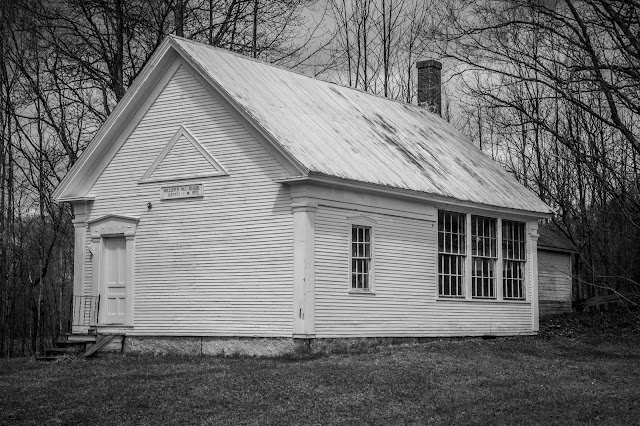 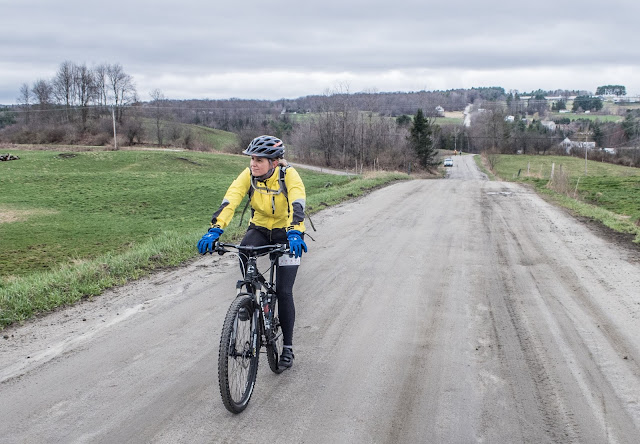 Click here for a photo gallery--I got as many riders as I could!
Check back here later this week for video!