So, I signed up for the Vermont Overland Pave' Madness ride a few months ago, and promptly did nothing to train for it. I DID ride about 50 miles at Kingdom Trails the week prior with lots and lots of climbing, so I figured I'd be okay for this 23 mile, 3500ft ride on gravel and unmaintained class 4 jeep roads. I was a wee bit wrong. The fact that my heart rate was 120bpm while sitting at the start line was just the last sign that I was in for a hurting... 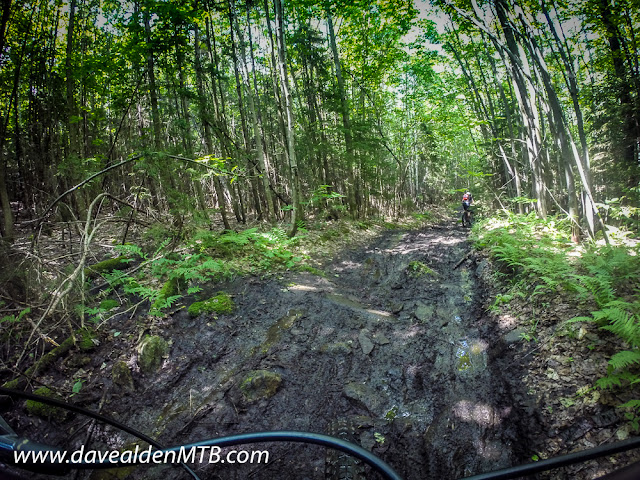 I'm not going to make too many excuses, but I think the heat really did me in. It was 90+ out there and that killed me more than the climbing. I'm pretty sure I slipped in to "heat exhaustion" as I was sweating like a pig, but also having chills and some nausea. There's a part of my brain that actually has advanced medical training, but there's another part of my brain that just wanted to finish so I kept rolling. Actually, if there HAD been an easy bail out point, I probably would have taken advantage of it, but I just kept pedaling and walking on towards the finish... muttering to myself and crying on the inside.


The course was tough. Steep climbs, gnarly descents and technical rock gardens that stretched for miles. It was an epic course with a little bit of everything to test your strength, endurance, and skills. There were three major peaks and it was the middle one, at about mile 11, where I cracked. I sat in the shade for about 15 minutes and dreamed cool and refreshing dreams. I think Glen was almost done at that point, but he killed the course and came in 5th, four places behind some guy named Tinker and some other fast dudes. Yeah, Tinker Juarez was there, and you know he focuses on brutal epic courses, so that was another warning sign that I was in trouble. 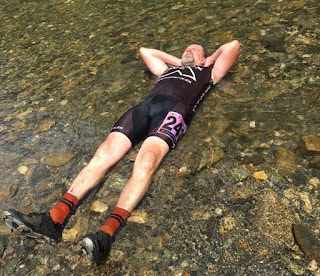 While my speed was nothing to write home about, I did finish, I didn't crash, I didn't cramp (which was actually miraculous), and my bike worked well--all things I can be very happy about.

Nothing felt better than crawling into the creek at the end of the race, that's for sure!

Thanks to Vermont Overland for putting on such a challenging  event, and thanks to Glen for sitting around for more than an hour waiting for me to finish! 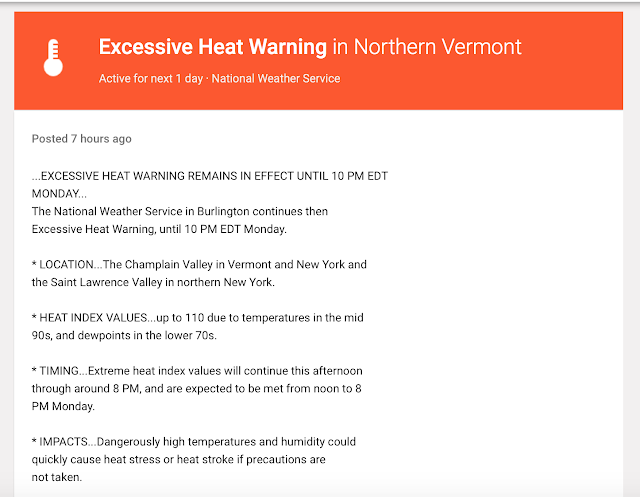