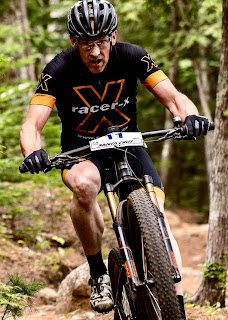 Not much to say about this event, aside from the fact it absolutely rocked, was the ‘A race’ for my 2018 season, and exceeded expectations on all counts.

All roads led to the Carrabassett Valley this past July - starting last November ‘17 on the rollers, on the freezing porch, racing a bunch of other online hammerhead nerds in Zwift. The solid base built up through the winter with a mix of climbing, endurance, and 1-3 all out short race efforts (35-75 minutes) morphed into pretty good outdoor on-bike fitness, but it took some weeks to re-acclimate to the mountainbike. Late spring and early summer saw good gains and an increased ability to go harder longer out on the trails. This was key to doing well at the CBCC as it’d be a minimum of a 6 hour effort required (based on optimistic projections and a bit of good luck) to finish in decent shape.


Last summer’s edition was my first crack at this sort of thing in a long while. Thirty pounds heavier and with much less prep - but an abundance of enthusiasm and a bike that fit like a glove and kept riding fun all the time - I took off way too hard, burned most of my matches in the first 2 hours - then limped almost 6 more hours to finish in roughly 7.5 hours total. There were times I was barely ticking the pedals over, round and round in lumpy squares but unwilling to stop and walk / rest. 4.5ish hours in and running on fumes, I came across a break in the deep forested hills and onto a misty meadow area - and started seeing large candy canes on the side of the trail. The upcoming aid station on aptly named Christmas Hill proved to be a life saver. The fabulous folks got me rinsed off, bottles cleaned and filled, Cokes custom ‘flattened’ by hand on the spot, chocolate covered bacon, pickles & pickle juice, and tables covered with acres of treats. I rolled away not quite reinvigorated - but eternally thankful for such fantastic volunteers and fueled up well enough to forge on. I finished 2-3 hours later and had to take a long time before moving, or eating, or doing anything. I. Just. Sat there.

With the better prep and a smaller backside (less ‘cottage’ more wattage!), I was feeling good in the preceding month or two prior to CBCC. Two weeks before the big race, Dave A. and I headed up to the the VT Overland Pave Madness ride for some good technical climbing torture in the hottest heat wave VT has had in eons. More than ½ the field DNS’ed it was so hot. I’m fine with heat - I’m much better when too hot than the least bit chilly. We rolled out ‘neutral’ and after 2 miles of gradual dirt road climbing - started to twist the proverbial throttle as the hills got steeper, looser, and rockier. Eight-10 of us started pulling away, 2 pros pulled away from us, and so it began. I expected a 2.5 - 3 hour effort so I rode at 85% full XC race pace to avoid blowing up.

Long story short, I finished 3rd or 4th - a minute or so behind a local legend and hammerhead. It was a good day - and Dave hung on and rolled through the finish area about an hour later. Huh. He ain’t slow either! (editor's note: yes I am, and "about" an hour means "more than an hour") It bode well for the 2018 CBCC as I still had gas left in the tank after pushing pretty hard up the last climb.

For CBCC I booked the same quirky motel 59 miles from the Maine / Canada border, made my packing list, and headed out Friday night well ahead of the Saturday morning launch. Being a little rusty with the race prep and packing - I was disorganized, but managed to get everything needed packed in and ready. Friday afternoon I pulled into the packet pick-up and headed out for a short pre-ride; that complete, I went to settle in for the night, loaded in most of my gear - then locked myself out of the room! D’oh. Worked out getting back in a slipped into a good night's sleep. Woke up to a perfect morning and headed for the venue - about 5 miles down the road at the Outdoor Center. Getting there early worked out well to get a great parking spot - right next to the breakfast burrito truck.

Oh yes I did! Two hours prior to the start you better bet I ate one of those joyous bacon, egg, and cheese burritos and had a big cup of fresh coffee. That’s what I needed. Got dressed with about an hour to go and started spinning about. The road that led off the state highway to the outdoor center was a gradual climb - so I rolled down to the end, turned around, and with 15 minutes to the start time I warmed up by climbing this with gradually increasing intensity. Not hard - but with enough effort to “open things up” so as not to shock the system at the starting gun. It’s not an XC race - but with a HUGE turnout getting into a decent position helps. With some confusion about where the start line was to be - I ended up mid/back of pack. There must have been 150+ riders doing the full 100k - with a few categories including Open, 30+, and 40+. In retrospect I should have signed up for the 40+ group as I have no business with the true hard core endurance racers - but what the hey, eh?

Off we go at a pretty fast clip for a long race - and after a few minutes it’s the normal conga line. As the guys in front of me started to let gaps open, I’d come around and close it. I did this for the first ½ hour and then settled into a groove with 4- similar strength riders. Then the next 3 hours were pretty predictable. I made sure to stay out of the red for more than a minute or two here and there - and at the main drop zone swapped out empty bottles for fresh cold ones. All that I needed to feed properly were (5) 20-24oz. Bottles mixed with my favorite endurance fuel. No food, no gels, no chocolate covered bacon this year - just the tried and true Tailwind Nutrition Raspberry Buzz. Around 4-4.5 hours in Ben Sawyer - a fellow MA rider who has come to elite level fitness and strength these last few years - came up on my wheel. I was surprised he had been behind me - but he said he was still warming up! He came by and I rode with him for about 20 minutes - then one of the last serious climbs kicked in and I lost sight of him pretty quickly. He put over 20 minutes into me in the last hour. Insane.

The course finishes with the most heinous one-two punch climb, albeit mainly on singletrack. Cresting the top of what feels like a huge, remote mountain top sets one up for a 2.5 mile mostly descending run into home. The very last ½ mile or so then climbs gently - but enough to ‘feel it’, before crossing the finish line. This is one of the best sections of the course - very much worth checking out when not crushed by the preceding 60 miles! 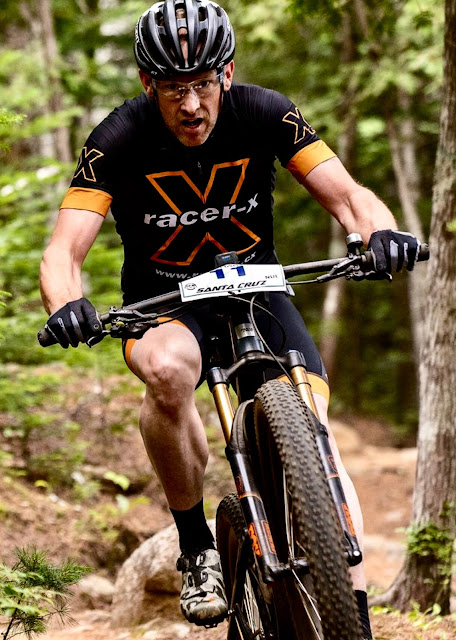