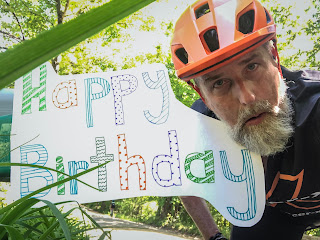 The combination of camping, Vermont, and a good gravel ride makes for a perfect weekend in my book.

Those three factors came together on the weekend of June 8th & 9th as Jean and I, along with the illustrious Liz & Dan, brought our travel trailers to Brattleboro, Vermont, for the Tour de Heifer.

Brattleboro is one of my favorite towns, with a cool downtown and an amazing farmer's market, books stores, antique stores, coffee shops, and restaurants (like the Whetstone Brewery with great beers and awesome outdoor seating). We were there last year for the West Hill Grinder and had been looking forward to a return--the Tour de Heifer was the perfect reason. 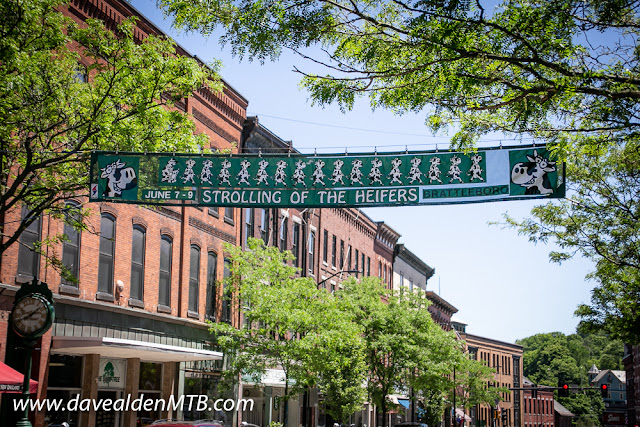 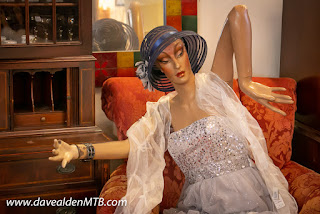 The ride offered a number of different options, from 15M, to 30M, to 60M, and many people, such as myself, opted to do a combination of some of the loops. I didn't have the time (or the legs?) for the 60M, and I wanted to do more than the 30M, so I did the first loop of the 60M (which was about 18M) and then headed out for the 30M. It was the perfect compromise for me.

Personally, I *like* the mass start that most organized rides have--I like rolling out with friends and those I hope to vanquish--but the Tour de Heifer offered a "start when you want approach." That worked in my favor because I was a little short on time so I could start as soon as registration was ready.

Anyway, the courses were great, with some killer climbs, great views and great support stations.  I really couldn't have asked for anything more from the organizers. I did have one problem on the course... I really don't drink much when I ride. It's just the way I am, and it usually works out okay. I had two water bottles on my bike and that's usually enough for a few hours. That being said, I had drained one bottle on the first half of the ride, and while I wasn't really thirsty per se, I was looking forward to the next bottle as I made my way up a 10-mile climb.

As I started climbing, I reached down but then dropped the bottle, and by the time I had stopped, a hole in the time-space fabric ripped open and swallowed the bottle. I looked for about 15 minutes--a couple of riders even stopped to help--and it was G.O.N.E.  Suddenly, without my bottle, I was no hyper-focused on needing to drink. I finally got some water at an aid station, but didn't *really* make up for it until I got a beer at the finish.


I thoroughly enjoyed the course, and again, I love Brattleboro.

Jean/Liz/Dan had fun too, and we had the added bonus of "celebrating" my first half-century of life. Oy. We've got a few other gravel rides planned for the summer, but we hope to be back for the West Hills ride again in the fall. 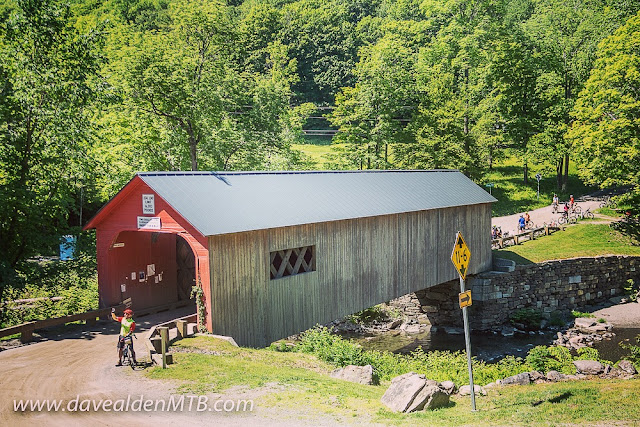 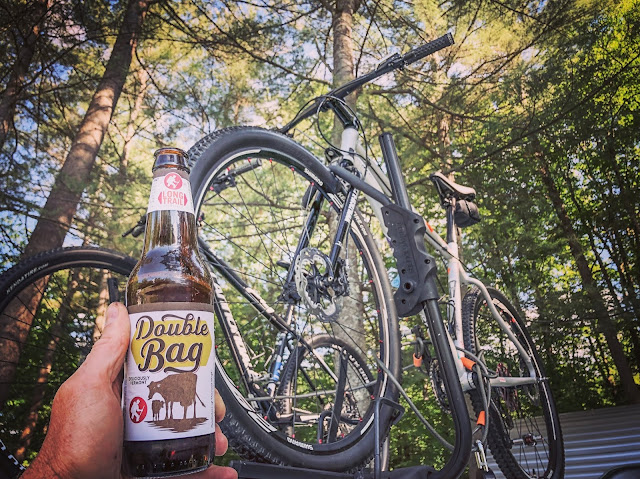 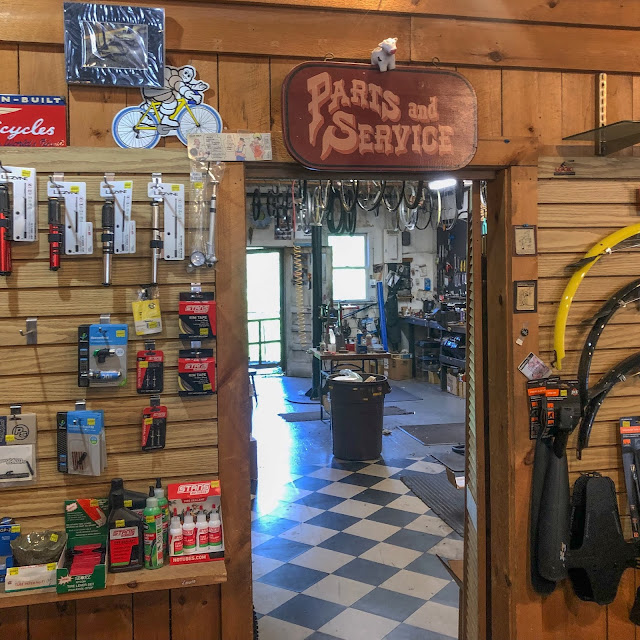 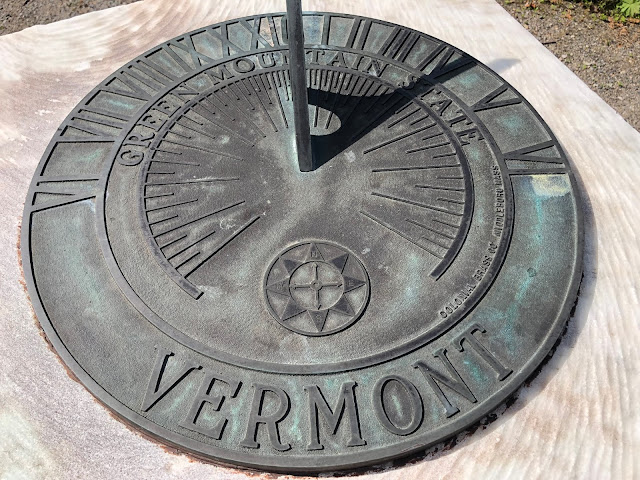 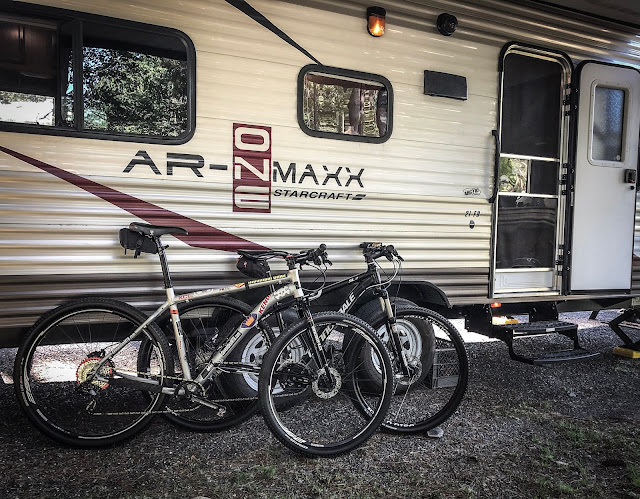 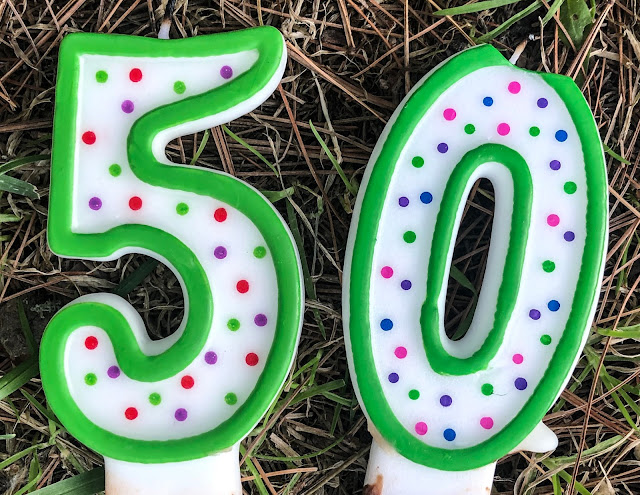 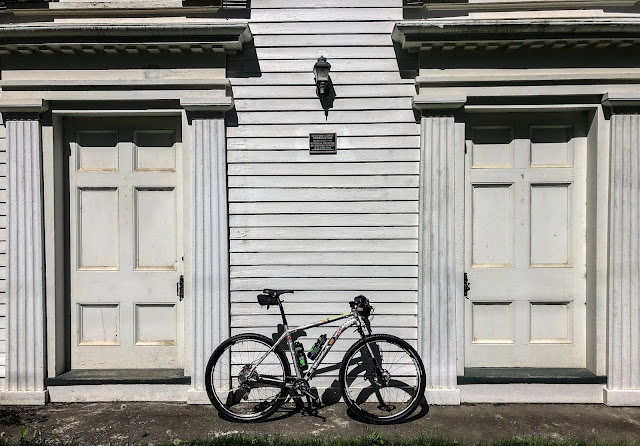 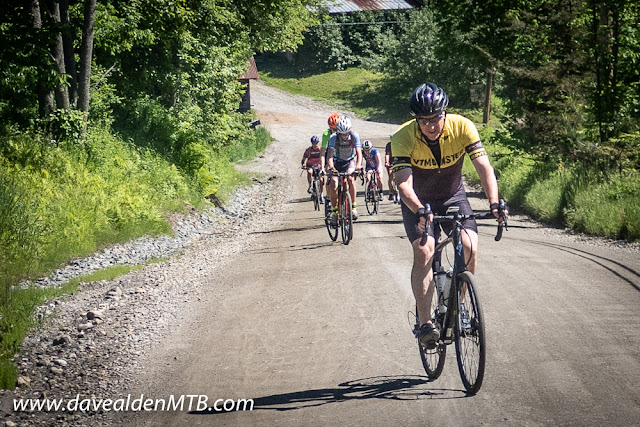 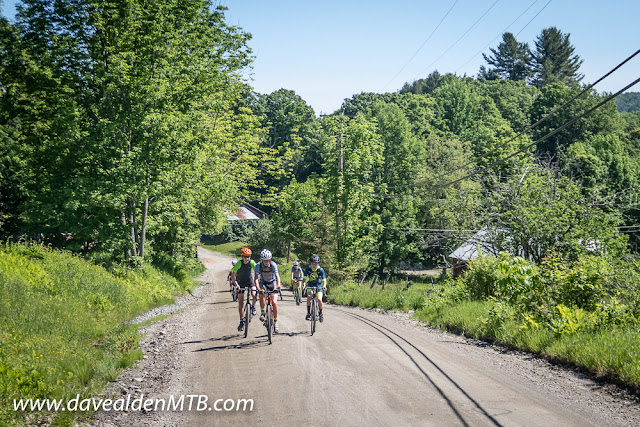