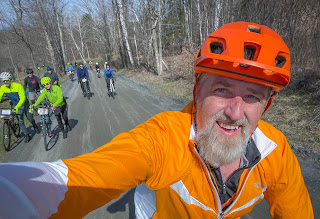 I love bikes, Vermont, and hills, and the Muddy Onion gravel ride combines all three. This has been one of my favorite gravel rides since "gravel rides" were a thing, and after being on hold for the past two years because of the 'rona, it was great to be back for this early season test of fitness.

Rolling out of Montpelier, the Muddy Onion offers two route options, 21 and 39 miles, the latter with about 3500 ft of climbing. I chose the 39'er, as did Jason G and Glen G, and in total there were about 697 other riders lined up with us on Saturday morning.

I was quite happy that the ride was on a Saturday because I had a crazy weekend planned with the idea of driving to Portland, Maine on Friday to drop off my travel trailer (and Jean) and then zipping up to Montpelier for the Muddy Onion, and then driving back to Portland, for a 10-mile running event on Sunday. I was sort of *ready* to bang out both events, but the fickle finger of fate, which is a middle finger, forced a re-shuffle, and we ended up not doing the running event so I was only on the hook for the Onion. 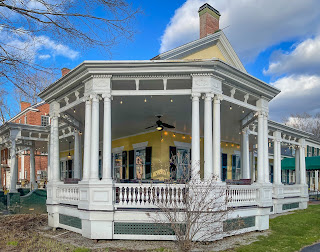 The drive to Montpelier was uneventful, and as always, there's an almost palpable feeling of calm when crossing over the border into Vermont. I made it to Onion Rivers Outdoors in time to pick up our race packets and then it was down to the Inn at Montpelier, a 200-year old hotel which is just a stone's throw to the ride start.

The weather for Saturday morning was clear, some clouds, and temps around 39F. I hate temps in the high 30's. One day, 39F can feel absolutely freezing, and on another day I can be in just a t-shirt. I had lots of perseverating about what to wear, how many layers I'd need, and how to potentially carry any layers I'd need to add or subtract. In other words, I nerded out for a while with my gear, and after Glen and Jason arrived, settled in on my tiny twin bed for some shut-eye.

With a very civilized ride start time of 9:30am, and the fact that we were so close to the event, we had time for some proper pre-ride fueling with classic breakfast fare and plenty of coffee. 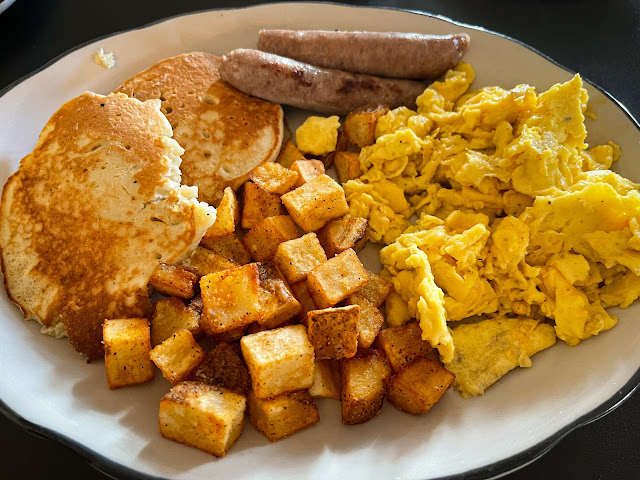 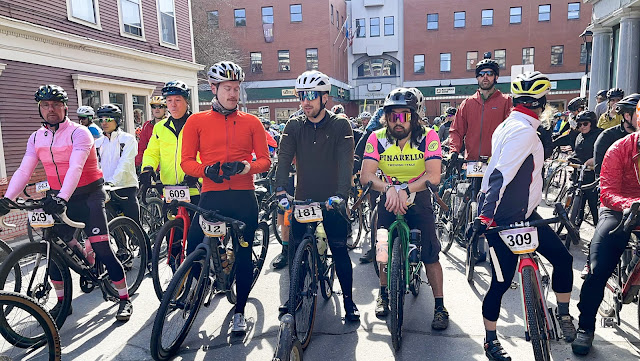 One of the main reasons I love events like this is that they bring together so many types of riders and so many types of bikes. Sure, there are plenty of people who drank the bike industry Kool Aid and are on dedicated "gravel bikes," and many of them are obsessing over a millimeter or two of tire width or a PSI or two of tire pressure, but for every one of them, there are many more on 20-yr old mountain bikes, hybrid bikes, fat bikes (which I still hate),  touring bikes, singlespeeds (which I still love), and more. 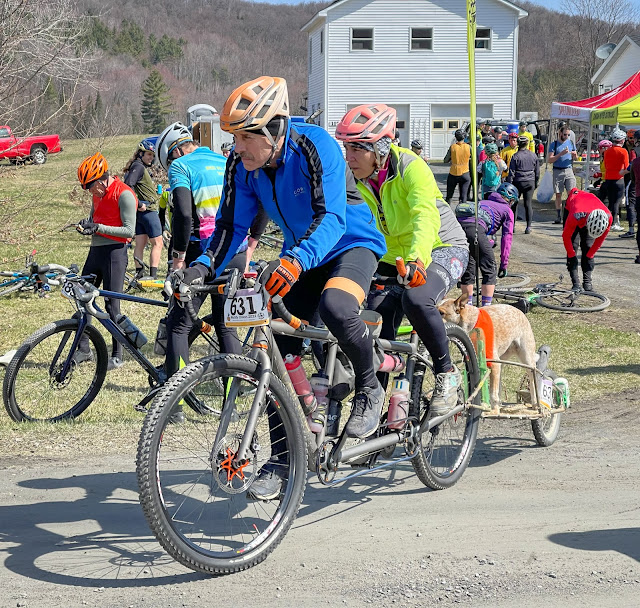 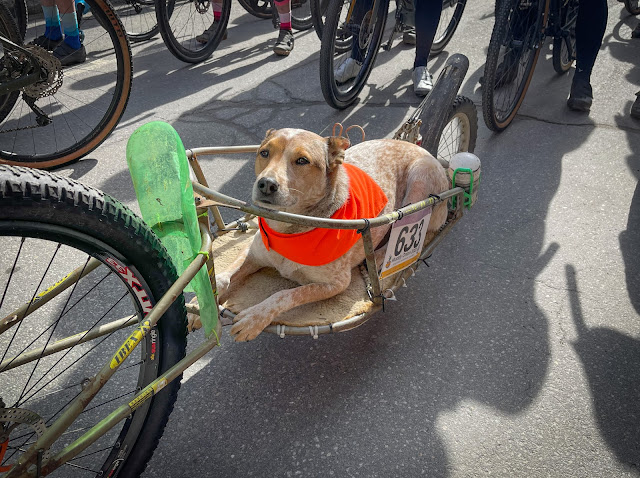 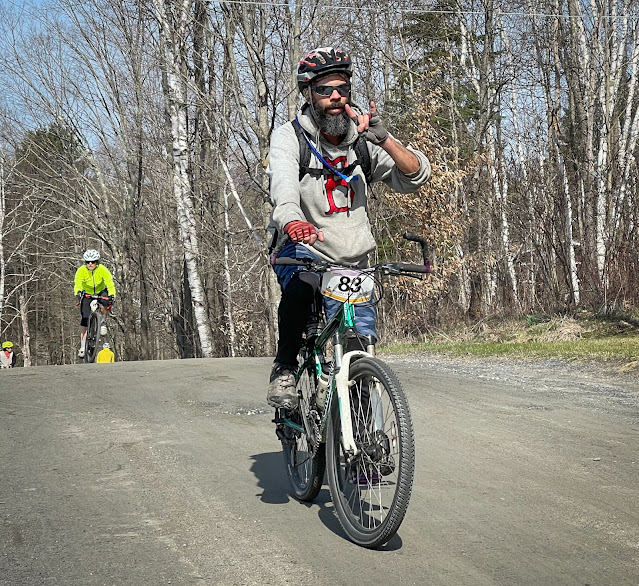 Of course, the other reason I love rides like this is that they typically have great courses full of challenging climbs and amazing scenery, and the Muddy Onion is no exception. 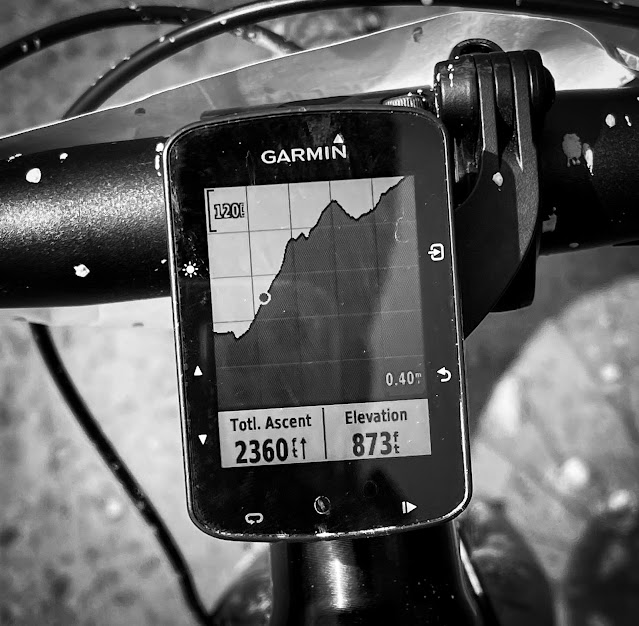 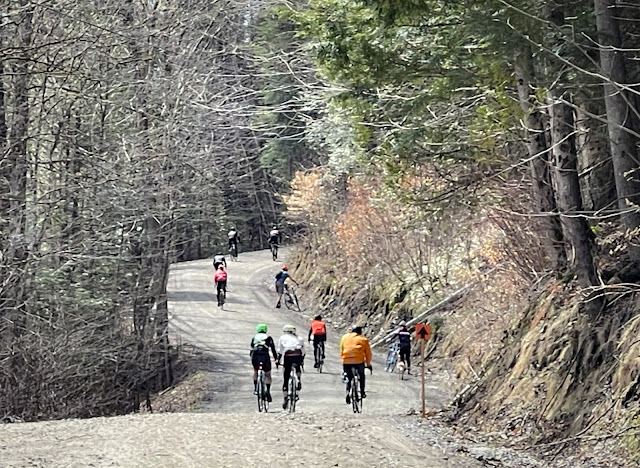 From a rider's perspective, Onion River Outdoors did a stellar job as the ride was well marked, the rest stop was well stocked, and the post ride party was great. Vermont did a great job of providing excellent climbs and views, and the weather gods were kind too. You'll be happy to know that I chose well as it pertained to my clothing (not too hot, nor too cold), and my bike did its job like the noble steed that it is, with one glitch. The wheels (which are standard 29'er wheels with 135mm/100mm QR hubs) are old, and unfortunately use proprietary spokes, which, are no longer available. So, one broken spoke translated into me buying new wheels. d'oh. 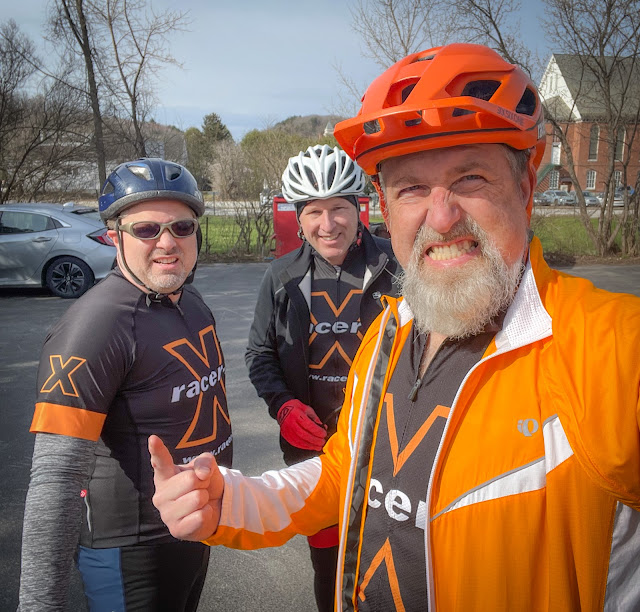