Jean and I have ridden in the Muddy Onion in Montpelier, Vermont for the past couple of years  2017  2016), and the event really set the bar for gravel rides. Great route, great support and an amazing apres ride bash all made for memorable rides. Sadly, the organizing shop, Onion River Sports closed its doors, but some dedicated people are working to keep the dream alive and Onion River Outdoors is being born. And while the doors are not open yet, the Muddy Onion lives on! 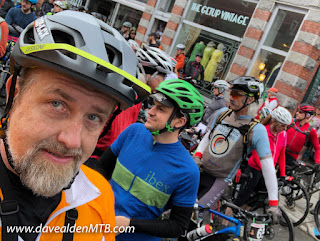 We were pretty excited to see the event on the BikeReg calendar and signed up right away. We also decided that we'd try to bring our travel trailer, and dogs, as opposed to boarding the mutts and getting a hotel. And that's when we started down the path to chaos...

Turns out, there are not a lot of campgrounds open in April in Vermont. Something to do with mud. Fortunately, Woodbury Meadows campground, just north of Montpelier, offered to accommodate Muddy Onion riders. We were the only fools to apparently take them up on their offer, but we booked our reservation and finalized our details.

Unfortunately, I had a work meeting that I forgot about on the Friday before the ride so we didn't hit the road until early afternoon. Then, traffic was more dense than anticipated setting us up for an increased drive time... the planned 3.5hr trip was almost 4hrs by the time we got off the highway, and we still had about an hour of side roads ahead of us.


Well, it wouldn't have been that long if we had been traveling in good conditions, but towing a few thousand pounds on muddy, rutted, hilly dirt roads tends to also slow things down a bit. It was very slow going and there were several spots where we could have gotten stuck, but my GMC Yukon pulled like a boss. 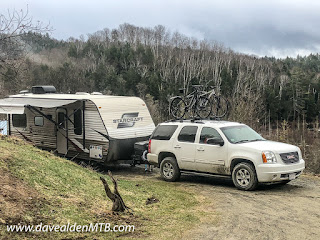 The campground had some problems with the water lines to the bath house so the owners offered their actual house for us to use their bathroom facilities. It was very generous and appreciated--and it's probably why most campgrounds don't open until May. We parked our trailer up near their house and learned, when we arrived, that there was a power outage.  Jean listens to too many crime podcasts, so she was not excited about going into a darkened stranger's house to use the bathroom... There was no murder and the power came back on, but after the drive and getting settled, it was time to get some sleep.

Saturday morning--ride day--had me up early thanks to restless dogs. Got them walked, got ready for the ride, and made our way to Montpelier.

I had two options--the 38 mile loop--that I registered for, or the 21 mile shorter loop. For multiple reasons, not the least of which is that I didn't have enough HTFU in my coffee, I opted for the shorter loop. 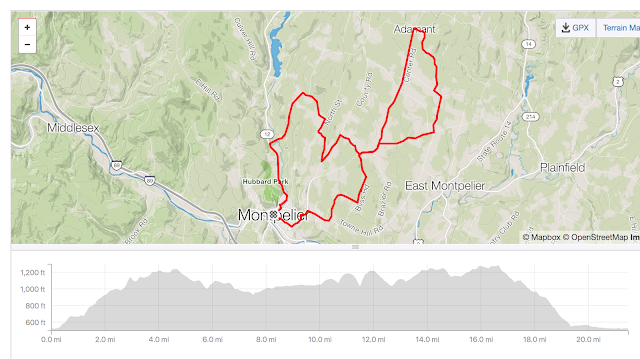 It was still awesome and provided great climbs, great views, and great mud. I was happy that I went with fenders!

We didn't stick around for the full post-ride celebration... with more rain in the afternoon forecast, we wanted to grab the trailer and hit the "roads" before the mud got thicker and slicker.

Jean and I are registered for ANOTHER gravel in Vermont, the WATA ride and we already had reservations at another campground so we hitched up, went back down the muddy rutted roads to another campground in preparation for the following weekend. That enabled us to avoid brining the trailer all the way home and then back to VT again.

When all was said and done, it was about 8hrs of driving over two days for a 21 mile ride. But hey, we love Vermont, we love riding and it was an adventure! With our trailer already in VT, the logistics of the next ride should go smoother, and I'm doing a trail half-marathon the day before, so what could go wrong? 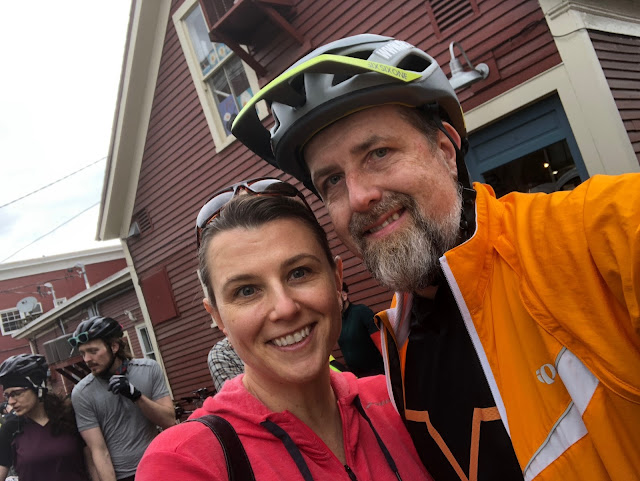