'Cross in August - who me? (confessions of a racer junkie)

You'd never catch me dead in a 'cross race so early in in the season - but I had the unique chance to show my little sister, and her daughter (12 years old) what this odd discipline is all about. Why would they even care? They live in the middle east, as my brother in law is Saudi. They currently reside in Cairo, Egypt - and yes, from their house they can see the pyramids. Yes, those famous pyramids.
I assured everyone that 'cross is super spectator friendly and cow bells were dug out of the 2009 winter stuff boxes. My niece, at 12 years old - is the perfect age to watch my little guy to boot, so how could I say no? Close to home race, kiddo-care (crucial these days), and a pre-season CX bike run-through... let's do it! 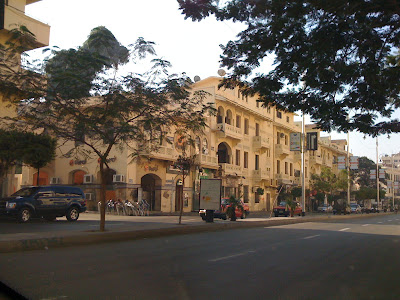 The Tobacco Valley series race #3 in Palmer, MA ("Jungle Cross"), was at a high school. Good news! Bathrooms and Showers (bad news - only HOT water). Good News! I signed up for the CAT3/4 race, and it was a fun course, winding singletrack / doubletrack paths through the woods, in the shade on this toasty summer day (bad news - lousy spectating). At least the good spectating spot was at the top of a big, steep, hard run-up and also shady.

After a couple of days of hard manual labor in the heat and a couple of late night stressors the preceding days - I felt strangely good. On the start line my heart rate was down around, well, where it is now. I had warmed up, pre-ridden the course twice, and soaked my jersey to help stay cool, and just felt like there was nothing that could go wrong (ha!). I had few aspirations, and for once was mentally prepared to "ride my race" and not over-do it in the heat. We staged up, got the run-down from the ref, and GO! Off we went. Thankfully the poorly designed start did not claim any casualties - a 150 meter downhill paved road, full-width stretch to a 6 foot wide paved stretch, to a hard left onto dirt - into the woods. Ah yes, the fabled "sprint to the choke point" mountain bike style start (of which I never have seen). I it the woods in the front third of the group, and during the first few minutes felt great.

Good News! Immediately into the woods, racers were falling off that manic start pace (bad news - so was my CHAIN!). God damn! In years I've never had a chain drop in cross. Guess now was the time... I stopped (4-5 guys fly by), put it on, and noted that the chain keeper was WAY away from the chainring... hmm. Hop on, immediately pedal past 2-3 of the people that went by me, and align the next few in my sights. Hit a fun grassy patch - with the obligatory chicane / ups / downs cordoned off with tape and posts - then whoosh! Back into the woods. I said WHOOSH, pesky chain! Oh, it fell off again.

So that's how the race went. 6 laps 3-4 chain drops per lap. Amazingly I did not get lapped, which means if my chain had not fallen off 6,427 times I obviously would have won. The course suited me fine - not at all typical 'cross, but fun, lumpy, at times swoopy - and man! I got the high speed dismount, run/hold bike, re-mounts dialed! I flew through the (1) set of (3) barriers on a fast straight section. I seemed to be shouldering the bike great, scrambling up that big run-up. Someone on a light hardtail mtbike would kill it on this course - except for the grassy sections.

Lot's of fun having my own cheering section and being out there despite being August - as I found (2) potentially critical flaws on the bike set-up which are now squared away. That damned mechanic of mine forgot to tighten the chain-keeper's clamp in place, and had the wrong saddle on the bike. The 42t single ring up front again proved just right with an 11-26 in the rear - which I ran all last year with success, never bogging down or spinning out - aside from the super gloopy rideable climb at the Plymouth Race Dave and I did, where I was down to 12 rpm's by the top.

Next up? The 11th / 12th of September are some local races - time to test the waters with a (hopefully) solid bike and some more running in my legs. Who else is in?
Posted by Glen Gollrad at 4:48 AM