Ah, the Ice Weasels... I wish more races had the vibe and atmosphere found here in Wrentham. Rowdy crowds, irreverent announcing, crazy barrier prizes, beer hand-ups, and an overall party flavor. New, this year, was mild temperatures, a dry course, and a fly-over.

Similar to last year, at least for me, was a mechanical issue with my bike. Unfortunately, the Fickle Pickle of Fate was not on my side this time around. You see, last year, my pedal broke right in front of the pit area--I had to run about two steps to get my other bike. I was not so lucky this time around.

I had a decent start, felt good, had some gas in the tank, and was optimistic about the race. On my first pass over the barriers, my chain fell off, DESPITE a chain keeper. I ran a little farther to get out of the way to get the chain back on, but, the chain keeper, which should have kept the chain from falling off in the first place was preventing me from sliding it back on. Oh, and a quick look at the back of bike revealed that the chain had already lodged itself securely between the rear cassette and the spokes, and the derailleur was up at an odd angle. My assessment was that the bike was out of commission and I was far away from the pit. So, I started running, all the while riders were passing me until there were no more riders to pass me. I still kept running, er, jogging, um, okay, finally walking. It was a long walk. I got to the pit, switched bikes and headed out. 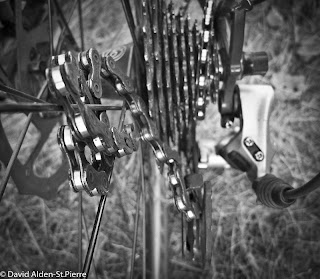 Sadly, my pit bike was wonky. In retrospect, it appears that the front skewer wasn't tight so the front wheel was askew and the brakes were rubbing. My motivation plummeted like Greek currency. I pulled the plug. Called it quits. Threw in the towel. Deflated the cat.

I did, however, have a chance to redeem myself in the singlespeed race. Ah, singlespeed, what a bike ought to be. I had had one of my CX bikes set up as SS, but it didn't feel right, so gears went back on. For this race, I just threw some 'cross tires on my trusty GF Superfly, and did my best to put on some steeper gearing--32x16 was the best I could do on short notice. I expected to be spinning at about 150rpm for an average pedaling cadence, but whatever. 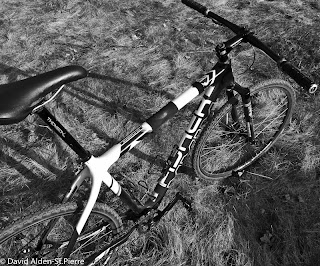 "Day-of registration" put me on the last row for starting--at the absolute back of 60 or 70 riders... oy. At least I could keep an eye on my competitors! The start was good and I avoided an early crash. I pulled up to fellow X-er, Rob Bousquet, and critiqued his running and riding style (that's what friends are for). Unfortunately, the Fickle Pickle of Fate tried to take me down again, but hit Rob instead. He had some brake issues and his race was over. 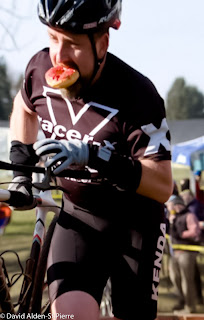 I kept working my way forward, and overall had a decent race. I felt good, the bike handled well, and I pulled myself up to 24th. With a bit of a bigger gear, perhaps I could have done better, but I had fun, and that's the important part.

The course was fun--very twisty and turny, and it doubled back upon itself over and over, you'd be racing near people who might be a lap ahead or behind... it really kept things interesting. There was also a fly-over, a wooden ramp to run up and then ride down, which was MUCH better than the one in Lancaster.

Additionally, I got a donut off of one of the barriers (in retrospect, something I DON'T need), and a $1 bill (something I DO need). A dollar, a donut, and a good time. Boo-ya. 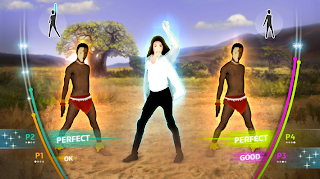 Now, the final chapter to my 2010 race book has been written. But fear not, there will be a sequel, and maybe, just maybe, a LifeTime made for TV drama, hopefully starring Tony Danza with a cameo appearance by Cher. Until then, be groovy.
Posted by David Alden at 3:18 PM