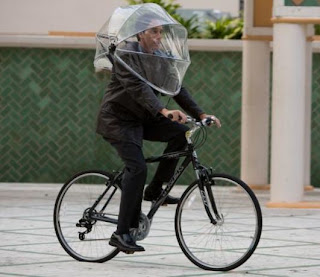 One-N Glen, AKA G-Roll, and I were the sole Racer-X representatives for this week's ECV TT. Jamie, who must be made of sugar, he is so sweet, opted for safe and dry, while I threw caution to the wind. Plus, the weather allowed me to skip my shower.

Yes, it rained. And not just rain, but full on monsoon, deluge, torrential downpours, at least for 15 minutes.

Before the start, Glen had said that he checked the weather, and that the radar made it look like the worst had passed, but while inching my front wheel to the line, the skies opened up. Radar be damned. 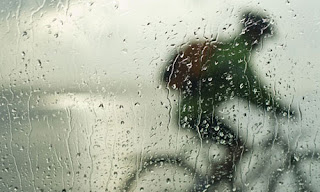 For me, I love racing in conditions like this. Give me a nasty race any day. My bike may be trashed, but hey, I love excuses to buy new bikes.

As it was, aside from the rain, everything else was great. The temperature was perfect, there was too much wind, and most importantly, no lightening. 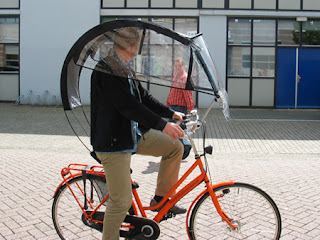 For some reason, no one wanted to go first, so starting slots 1,2, and 3 were available when I signed up (despite about 15 people already there). Whatever, I was offered #3 and took it. Another rider took #2, and he took off only to get a flat somewhere along the first 1/3 of the course. With him out of the way, I was, for sometime, "leading" the race. A wet, hairy, semi-aerodynamic missile, on a mission towards mediocrity. I take small victories whenever I can, and since last week's race had Tim Johnson pass me almost instantly, I was happy to hold off any riders behind me until the last 1/3 of the race. And he was #8. Later, one other passed, so for that, I'm content. 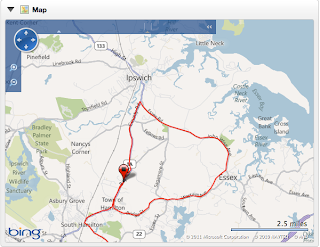 I dodged some major puddles, and plowed through others. Had to slow at one of the intersections and had a bit of traffic coming in to the finish, but *my* time was 1 second faster than last week, which was 30 seconds faster than the TT prior. In those conditions, I'll take any improvement. I can't compare my official times, because, well, ECV is about a month behind in posting them. Whatever... I read somewhere that if you don't know what place you came in, you didn't win. I didn't win, but that burger & beer after sure tasted good!